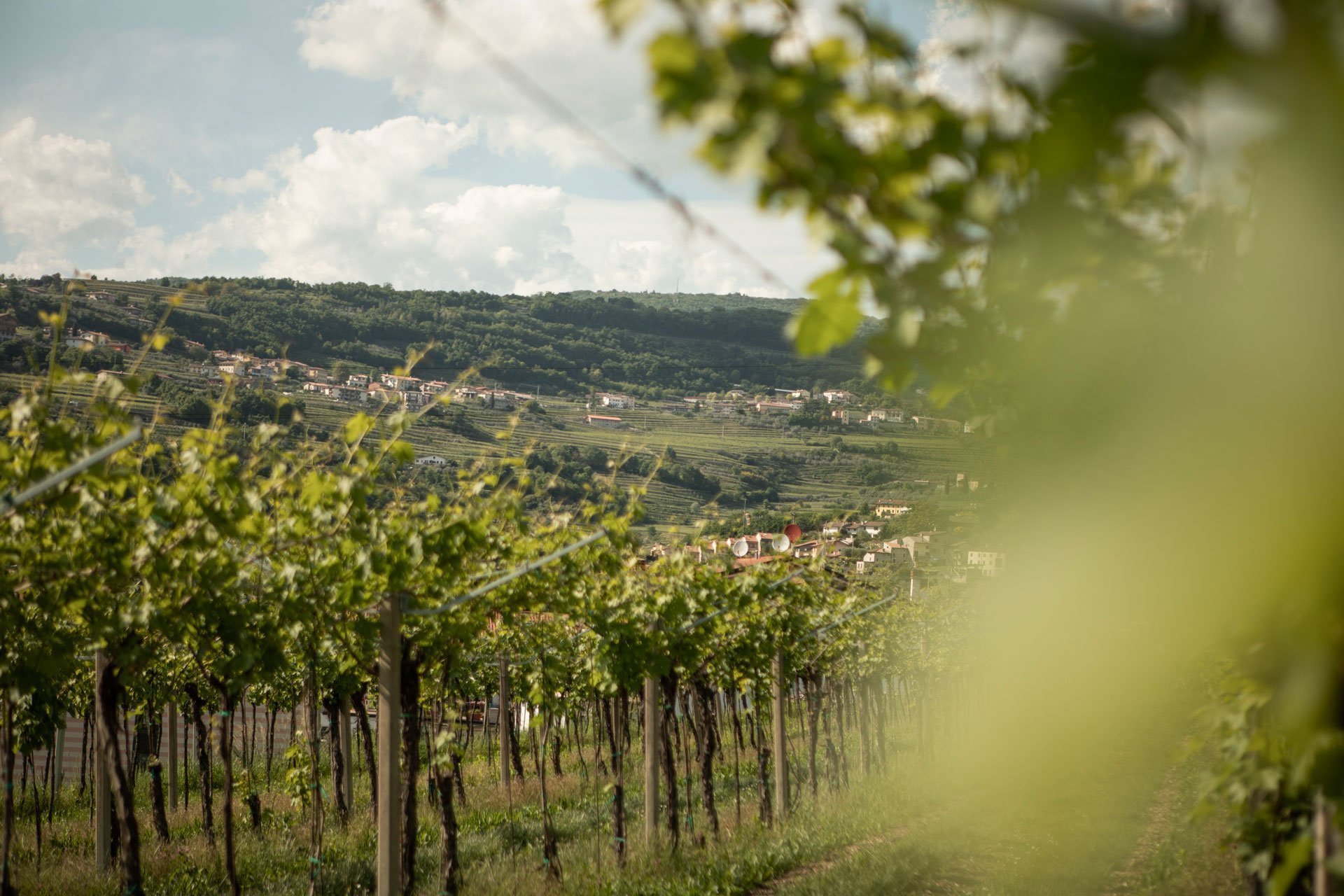 Nepos Villae is a small treasure chest of Valpolicella , set among the vineyards like a diamond; a reality that can be interpreted using an oxymoron: the spinning soul that goes hand in hand with the qualities of an old lady: capable, valiant and wise.

Master of noble wines, children of the most important wine-growing area in Italy, Nepos Villae reflects the dogmas of the origin of Classic Valpolicella . “We believe in tradition,” he says Gianfranco Ruffo , co-founder of the winery together with brother Gilberto and from son Francesco : theirs is a philosophy that follows the centuries-old tradition, there is no doubt.

Nepos Villae winery is located in Villa of Negrar , a small fraction of the homonymous municipality located in the Valpolicella Classica, an area marked with a vigorous thermal excursion which praises soils rich in limestone and this favors the obtaining of excellent red wines. In the company we carry out the classic cultivation a double Veronese pergola with inter-rows of at least 3.80 meters and grassing which consists in growing herbs among the vines; in this way a biological balance is established between microorganisms and the soil, a technique very popular even among orchards.

The Negrar valley gives rise to grapes with a rather marked aromatic component reminiscent of wild black fruits, while in Fumane, a neighboring municipality, the note of black cherry prevails among the grapes, in Marano, another municipality in Valpolicella, on the other hand, the aromaticity prevalent is the aromatic cherry.

The grapes grown by the Nepos Villae winery give long-lived and charming wines , only a few bottles are produced, about twenty thousand in a year, destined only for the niche market. Bizarre is the dress the website wears, branded with a cover image featuring two strong young tattooed arms. «My son, a few years ago, decided to tattoo a Hawaiian tribal and so we decided to use it as a reference image for our site and for our cellar. It wants to link the tradition of the ancestors with the new generations ».

A question arises: what does Nepos Villae mean? Nepos literally indicates grandson , therefore the generations that follow one another over time; from Villa , indicate the small historic hamlet in the municipality of Negrar, surrounded by a handful of houses, where the family vineyard is located.

“ Villa, arms and heart , indicate exactly what we are »explains Gianfranco. “The arms represent the workforce, here everything is cultivated by hand” and the heart recalls the love for this noble raw material: grapes .

There is therefore a historicity, an environment, a provenance that indicate a future path, a path that comes from the past of a tradition that accompanies Nepos Villae. We therefore perceive the intention of wanting to transmit the tradition symbolized by the cultivation of vines to the modernity of the new generation, a past projected towards the future.

The Ruffo family was born as a supplier of grapes and only in 2017 decided to undertake the arduous road to the production of great wines.

In the field, a scrupulous and careful selection of the bunches is carried out which will later become: Amarone, Ripasso and Valpolicella Superiore. «The individual bunches are analyzed with the refractometer to verify their sugar content, vineyard by vine» explains Gianfranco. This is possible thanks to the reduced surface of the vineyard and guarantees the best quality.

For the production of Amarone only the grapes with the highest sugar content are used, the harvest time is influenced by the climatic conditions, but, generally, it is placed in the second half of September. Immediately after the harvest, rest begins in special temples; here the bunches remain there until January when they are pressed.

The refinement of Amarone takes place in oak barrels for at least 5 years ; at the end of this period, bottling is carried out and another 3-4 months of rest will be required before proceeding to sale.

After the fermentation of the Amarone, its skins are made to pass over the Valpolicella Classico Superiore which will thus become “Ripasso”, a wine that comes from a precise processing technique. This is followed by a period of aging in oak barrels of about 6 months, followed by bottling.

The labels that cover the bottles are simple but with a strong impact, the impact of one simplicity that expresses the utmost elegance.

At the center of the labels there is a writing in Latin characters that forms a cluster.

As for the names of the wines, rather symbolic nomenclatures were chosen to appeal to them: real toponyms, for Amarone we chose “Campo di Villa ”, The vineyard located behind the main house; the Classico Superiore, on the other hand, is identified with the words “Contrà del Tono ”, The place that no longer exists, but which is shown on an old map of 1750 owned by the Ruffo family and indicates another small hamlet not far from Villa; “Strada Campiona “, The name chosen for the Ripasso, refers to a road of Roman origin that connected the Negrar valley with the Val Pantena .

Tastings are organized that see not only these excellent oenological masterpieces as protagonists but also cheeses such as Monte Veronese , prince of this land, which, if fresh, can accompany Classico Superiore and Ripasso, if seasoned, instead Amarone. Combinations therefore that allow us to understand what the function of wine is if paired with a specific food.

The cellar is open to the public from Thursday to Sunday; Telephone booking is required for the rich and abundant tastings. What are the sensations perceived on the palate, I ask – «I feel the countryside inside when I taste my wine» replies Gianfranco with shining eyes.

The scents of the earth and the aromatic notes of fresh red berry designate the Review with his velvety and sinuous taste , while the hint of black pepper from the enveloping taste instead distinguishes the Amarone . Gianfranco lends himself to accompany me through the well-tended vineyards; I walk, and, for a moment, my mind is lost in the green of the meadows and the still unripe grapes.

The July sun is scorching in this Negrar Valley but I don’t care about getting burned, I know I’m walking among the most beautiful vineyards in the world. 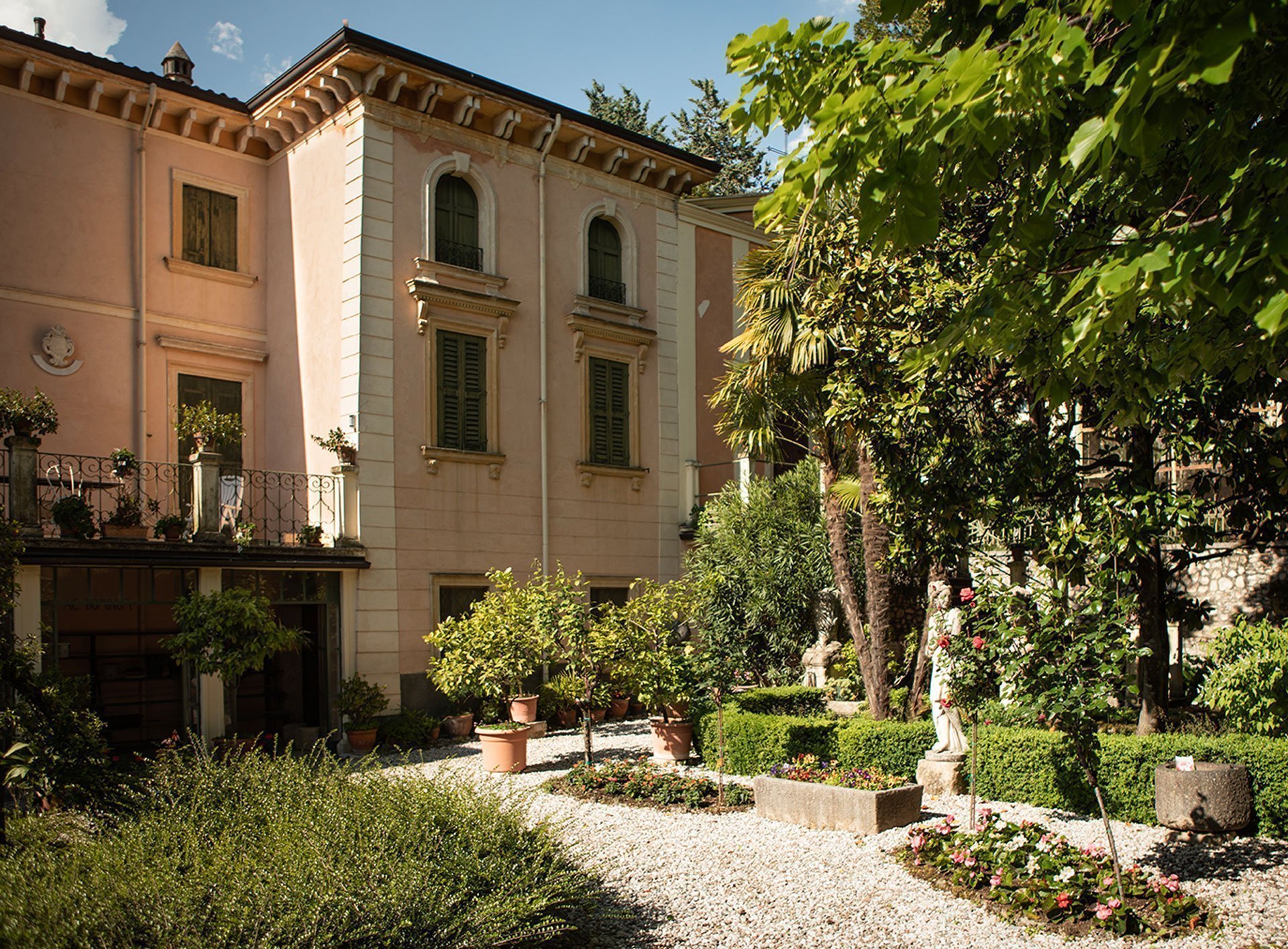 Cantina Nepos Villae: the testimony of “The Chronicle of Verona”

“1875” is the date engraved on the oldest barrels in the cellar. A simple writing that sets in motion a reflection, which then takes the 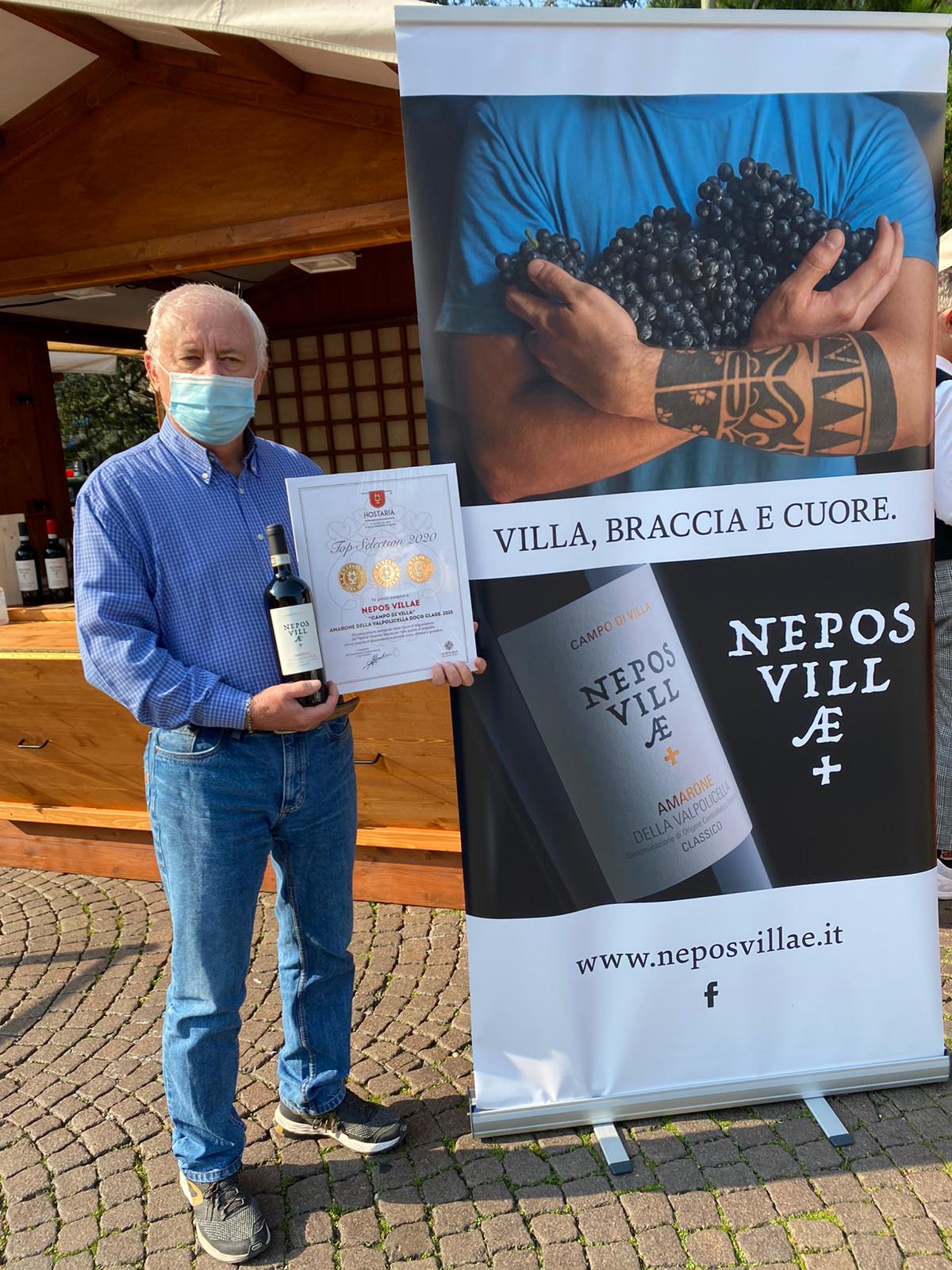 Our Amarone of Valpolicella DOCG class. 2015 “Campo di Villa” obtained an important recognition during the last edition of Hostaria, the Verona Wine and Harvest

Nepos Villae is a small treasure chest of Valpolicella , set among the vineyards like a diamond; a reality that can be interpreted using an